Welcome to Sarah Whiteley who joins the IAE's Team Pogona from Queensland University where she recently completed her honours on sex reversal and temporary pseudohermaphroditism in the Central Bearded Dragon (Pogona vitticeps). Sarah was awarded first class honours for her work, which has since been submitted in part for publication. She was supervised by Vera Weisbecker and Clare Holleley. 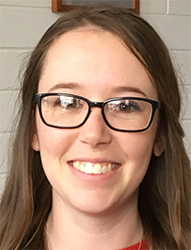 Her thesis can be downloaded from here.

Sarah is charged with the detailed work of separating out the embryonic gonads for transcriptomic and methyomic work we plan for Pogona, looking at the effect of temperature on the sex determination regulatory cascades. She will also be working with the team on establishing organ culture so that we can explore a range of inhibitors causing sex reversal.

Welcome also to Duminda Dissanayake Who has joined the team as a PhD student to work on the three lined skink Bassiana dupereyii. Duminda joins us from Sri Lanka and so is enjoying the Canberra winter as much as Sarah, but nevertheless braved the wilds of the Brindabellas to locate some of his prospective study animals last weekend. Duminda plans to look at sex reversal in the skink, which occurs at low temperatures, and explore the implications for the demography of the species on an altitudinal and latitudinal gradient between Mount Franklin in the ACT and Melbourne. 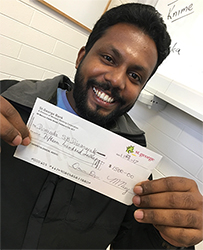 Congratulations also to Matthew Young and to Duminda on each securing a grant from the ACT Herpetological Association in support of their work. An excellent start to their PhD projects.