Posted in Phylogenomics/Phylogeography on Dec 15, 2018 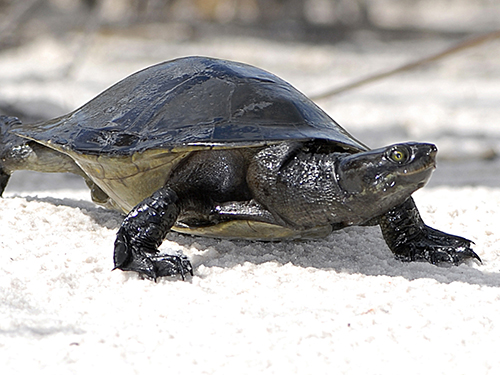 In a recent paper in Molecular Ecology on species delimitation, we invoke the age-old criterion of diagnosability to identify lineages that are candidates as name-bearing taxa. For SNP markers, fixed allelic differences between populations or metapopulations provide diagnosability. We apply these markers to a case study of a freshwater turtle, Emydura macquorii, whose systematics has so far defied resolution, to bring to light a dynamic system of substantive allopatric lineages diverging on independent evolutionary trajectories, but held back in the process of speciation by low level and episodic exchange of alleles across drainage divides on various timescales.

Species delimitation is a controversial topic, and most modern approaches use phylogenenetic methods to identify substantive lineages, which are often considered to be species. Jeet Sukumaran and Lacey Knowles (PNAS 2017) argue that dense spatial sampling of individuals and genomes is delivering datasets where the primary structuring is a mix between lineages that have undergone speciation those that reflect spatial structuring of populations.

We elaborate on these concerns. Phylogenetic approaches recover a bifurcating pattern of ancestry and descent and in addition to the concerns of Sukumaran and Knowles, do not accommodate protracted processes of episodic exchange of alleles and resultant partial or complete reticulation in ancestry and descent that we have observed and inferred for in our taxon.

A more rigorous framework is needed to assess the taxonomic status of significant lineages uncovered by increasingly sophisticated molecular data and analyses (see also Singhal et al., 2018). Such a framework will need to incorporate data that considers contemporary, possibly episodic, gene flow as well as lineage divergence and historical patterns of ancestry and descent among populations. 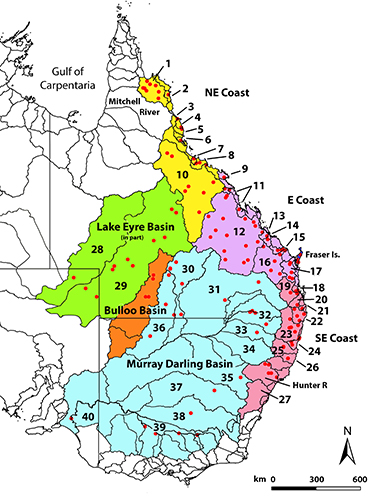 One of the few downsides of the age of molecular phylogenetics is that our ability to generate simple gene and lineage bifurcating phylogenies from ever-increasingly complex genetic and genomic data sets has tended to reduce our focus on one of the most fundamental concepts in species delimitation, that of diagnosability. The identification of diagnostic traits, possessed by all members of a species to the exclusion of all others, has been a cornerstone of species delimitation for centuries -- Linnaeus referred to such traits as the “essential, fixed, intrinsic marks”.

Our strategy requires that unequivocally diagnosable OTUs are identified early in the analysis of species boundaries. As such, it differs from the conventional lineage approach (de Queiroz et al., 1998) in that we place our threshold at the time and place where fixed allelic differences have evolved, rather than immediately at the point of initial lineage divergence, which is always difficult to clearly identify given the often observed gene tree/species tree disparity.

We thus differ in placing greater emphasis on diagnosability (fixed differences) rather than on divergence per se (which draws also from allele frequency differences).

Our strategy is to:

Check out our paper to see how it is done. 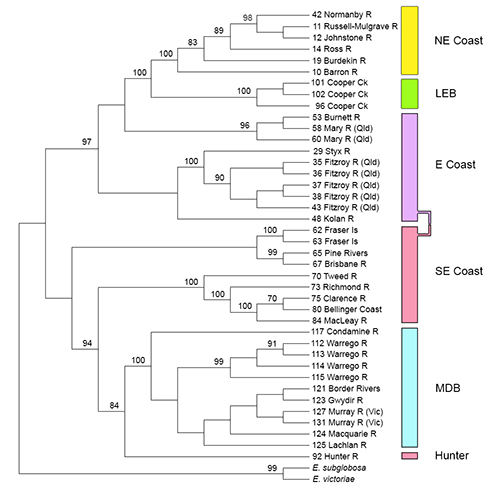 We believe that our strategy and greater focus on diagnosability adds an additional level of objectivity to species delimitation, and makes a potentially important contribution to any rigorous framework for judgements on species boundaries.